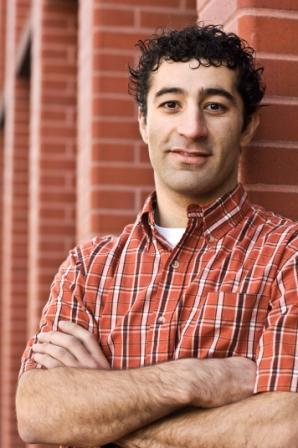 Alan Abdulkader knew at the tender age of 12 that there was only one career for him: to be an architect. Now in his fifth and final year of school, Abdulkader is looking to start this long-awaited career.

“When I start something, I never give up,” he said. “I really wanted to be an architect.”

His desire to become an architect began in the early 90s as he watched people displaced from their homes in Kurdistan rebuild homes in Syrian refugee camps – starting with tents and eventually moving on to mud brick homes. “Their built environment in Northern Iraq was destroyed during the Kurdish uprising against the Iraqi government, so it was interesting to see how people come together to rebuild a city,” he said.

Abdulkader hopes that his career will allow him to continue to explore the world-over and sheepishly admits that he has a list of palace he wants to see: China, Brazil, Australia, and Greece – to start.

“I would like to learn through experiencing architecture in different places, because you learn so much more about the architecture of a place when you learn about the culture and geography,” he said. “For example, Arabic is my second language, and Dubai is booming, so I could work for a firm that does business there and learn about their built environment.”

As firms the world-over start to turn to sustainable green design and building practices, Abdulkader is also keenly aware of what that means for him: “The more we build, the more we impact the environment – every new material creates an impact,” he said. “We have to be concerned about these issues because it’s our future we are dealing with.”

A multi-faceted young man, Abdulkader also explores the intersection of people and the natural environment with photography and poetry, capturing moments when the two work together – and when they don’t. He explains the point at which he noticed the juxtaposition of the two in the early 90s, seeing Kurdish people hiding in trees in the mountains from the former Iraqi regime below: “The trees and mountains became protection for the people fleeing their homes – through photography I can capture moments that you can revisit whenever you look at it.”

Abdulkader credits the architecture program with making him more observant to detail and sparking his curiosity about world events. Having grown up in a large family, learning to sit and think beyond the boundaries of his physical and mental surroundings is no small feat. “You never get bored at my house,” he said. “Even though I enjoy the quiet I have here, I still call my mom almost every night.”

So after spending five years in Carpenter Hall, what is Abdulkader’s recommendation for future architecture students? “Be patient,” he said. “Architecture is a process, just like photography, and there is a method to your learning – it’s a long path and the most important thing is to enjoy the journey.”