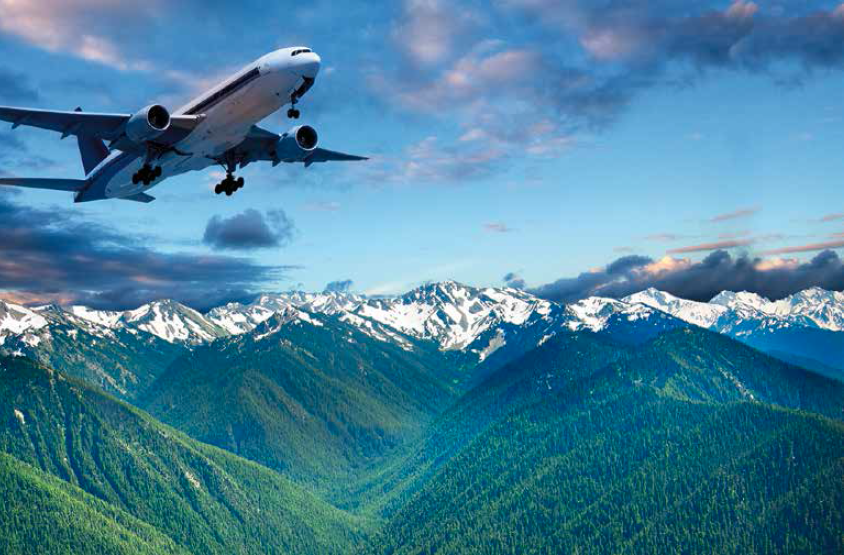 Thanks to their innovative research in aviation biofuels, Voiland College faculty jetted across the ocean in June to host an exhibition booth at the 50th International Paris Air Show.

Mike Wolcott, WSU Regents Professor of civil and environmental engineering, and James Petersen, director and professor of the Gene and Linda Voiland School of Chemical Engineering and Bioengineering, joined Ralph Cavalieri, WSU associate vice president for alternative energy, to promote the university’s expertise in developing viable alternative jet fuels before more than 150,000 representatives of the aviation industry from across the globe.

“WSU was invited to come to Paris as a result of our growing international reputation as a leader in the development of biofuel technologies,” said Cavalieri. “Aviation is obviously a global activity, and Paris is the place where the international aviation community meets every two years. It gives us a tremendous opportunity to demonstrate our research leadership and interact with all manner of aircraft and engine manufacturers, airline operators, and others in the aviation industry.”

Cavalieri said WSU’s message to the aviation industry is that the university’s long land grant tradition in agricultural research and basic plant science, together with its expertise in technologies to chemically and biologically convert plant materials to drop-in fuels, and wood engineering, provide a natural framework for the development of biofuels from a wide range of plant-based sources.

Wolcott is co-project director of the Northwest Advanced Renewables Alliance (NARA), one example of WSU’s involvement in biofuels. NARA is a WSU-led consortium funded by a $40 million grant from the U.S. Department of Agriculture’s National Institute of Food and Agriculture that works to develop economically viable wood-based jet fuel and petrochemical substitutes.

The consortium addresses the need for a domestic biofuel alternative for U.S. commercial and military air fleets. NARA researchers envision developing a new, viable aviation fuel industry using wood wastes in the Pacific Northwest, which has established oil refining and distribution assets as well as a significant aviation industry.

WSU scientists are also exploring the use of algae, perennial grasses, hybrid poplars, and oilseed crops such as camelina as sources for biofuel. Other WSU scientists and engineers are developing new catalysis and systems to enable economical conversion of plant materials to aviation fuels. Still other WSU engineers are focused on a variety of bioproduct, infrastructure, and environmental needs to improve profitability and sustainability of biorefineries.

“At the air show, I was able to discuss our work on chemical and biological conversion processes with several potential research partners. I am hopeful that these discussions will help advance the commercial impact of our research,” Petersen said.

Adapted from article by Robert Strenge in WSU News