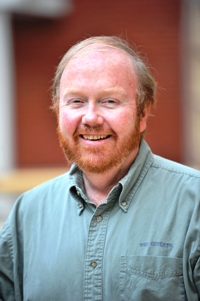 “Our faculty are working synergistically to design, develop, test, and implement catalytic systems, and our chemical engineering program can be counted among the nation’s best.”
—Jim Petersen
director of the Voiland School

In the past decade, WSU has become one of the nation’s top chemical engineering programs in catalysis with high-impact research in transformational energy technologies.

Critical in the Petroleum Industry

Catalysts, which facilitate and direct molecular transformations in a chemical reaction, are critically important to more than 35 percent of the global Gross Domestic Product (GDP) and are a vital key to our economic, environmental, and public health. Ninety percent of the world’s chemical processes use catalysts to manufacture 60 percent of chemical products. They are particularly important in the petroleum industry, responsible for 75 percent of the value of its derived products, and as seen in the recent problems encountered by Volkswagen, critically important for environmental health. Catalytic systems enable modern transportation systems, safe foods, a clean environment, and life-saving vaccines and pharmaceuticals. Moreover, faculty who conduct catalysis research also teach courses that are core to the chemical engineering curriculum, including thermodynamics, reaction engineering, process control, numerical methods, and transport phenomena.

WSU Voiland School researchers have a long history in conducting applied research that impacts the economy. Industry-related research has been a significant portion of the school’s work since its earliest days. In the past decade, the school looked at the way to strategically grow its program, considering factors such as the industries in which our graduates have traditionally had impact, challenges facing our nation that chemical engineers and bioengineers are uniquely equipped to address, and foundational strengths of the program.

With significant support from individuals like O. H. Reaugh, who provided the gift in 1992 that enabled the O. H. Reaugh Laboratory for Oil and Gas Processing, to the transformative gifts from Gene (’69 ChE) and Linda Voiland, which enabled us to hire some of the world’s top catalysis faculty, WSU has positioned itself as a national leader in developing, testing, and using catalysts to advance society. Voiland School researchers are developing new catalysts for alternative fuels, clean conversion of liquid fuels to electricity, and reduced vehicle pollution. They are also enabling the manufacture of new consumer products that would result in a cleaner environment, better fertilizers, and new drugs that will save lives worldwide.

The Voiland School has grown significantly. Since 2009, undergraduate chemical engineering student enrollment has tripled from 99 to 298 students. This growth is attributed, at least in part, to the enhanced reputation of our catalysis research program. The catalysis research program also benefits from extensive collaboration with the U.S. Department of Energy’s Pacific Northwest National Laboratory (PNNL), where Voiland Distinguished professors Yong Wang and Norbert Kruse hold joint appointments. Voiland School faculty members are mentoring more than 60 doctorate students, training the next generation of researchers to tackle critical energy challenges. In the past year, the school has developed education partnerships with the University of Alaska and with China’s Chambroad Holding Co., Ltd. to train students in chemical engineering.

“Enabled by alumni support, we have had an unprecedented opportunity to develop the critical mass that enables WSU’s chemical engineering program to be recognized as world-class,” said Jim Petersen, director of the Voiland School. “Our faculty are working synergistically to design, develop, test, and implement catalytic systems, and our chemical engineering program can be counted among the nation’s best. We are proud to be educating individuals and conducting research that will enable a clean, more efficient future.”

Read more in the latest Gene and Linda Voiland School of Chemical Engineering and Bioengineering Newsletter.