Washington State University researchers have developed a unique method to use microbes buried in pond sediment to power waste cleanup in rural areas. 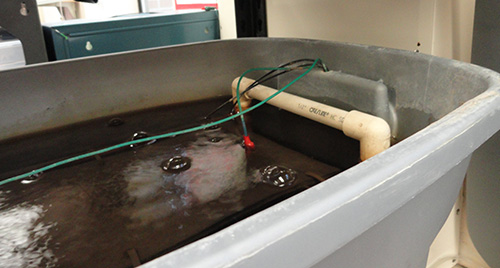 Microbes in a bucket.

The first microbe-powered, self-sustaining wastewater treatment system could lead to an inexpensive and quick way to clean up waste from large farming operations and rural sewage treatment plants while reducing pollution.

Professor Haluk Beyenal and graduate student Timothy Ewing in the Voiland College of Engineering and Architecture discuss the system in the online edition of Journal of Power Sources and have filed for a patent.

Traditionally, waste from dairy farms in rural areas is placed in a series of ponds to be eaten by bacteria, generating carbon dioxide and methane pollution, until the waste is safely treated. In urban areas with larger infrastructure, electrically powered aerators mix water in the ponds, allowing for the waste to be cleaned faster and with fewer harmful emissions. 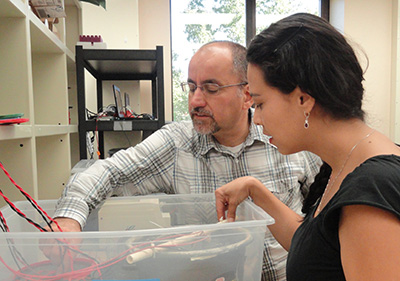 Haluk Beyenal and a grad student work with a fuel cell.

As much as 5 percent of energy used in the U.S. goes for waste water treatment, said Beyenal. Most rural communities and farmers, meanwhile, can’t afford the cleaner, electrically powered aerators.

The researchers created favorable conditions for growth of microbes that are able to naturally generate electrons as part of their metabolic processes. The microbes were able to successfully power aerators in the lab for more than a year, and the researchers are hoping to test a full-scale pilot for eventual commercialization.

The researchers believe that the microbial fuel cell technology is on the cusp of providing useful power solutions for communities. 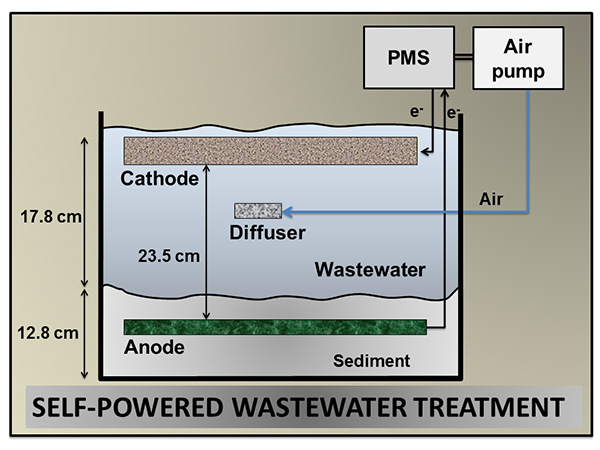 “Everyone is looking to improve dairies to keep them in business and to keep these family businesses going,” said Ewing.

The technology could also be used in underdeveloped countries to more effectively clean polluted water: “This is the first step towards sustainable wastewater treatment,” Ewing said.

Beyenal has been conducting research for several years on microbial fuel cells for low-power electronic devices, particularly for use in remote areas or underwater where using batteries is challenging. Last year, he and his graduate students used the microbes to power lights for a holiday tree.

Ewing, who grew up on a cattle ranch in Custer, Wash., developed an interest in microbial fuel cells as an undergraduate at WSU. 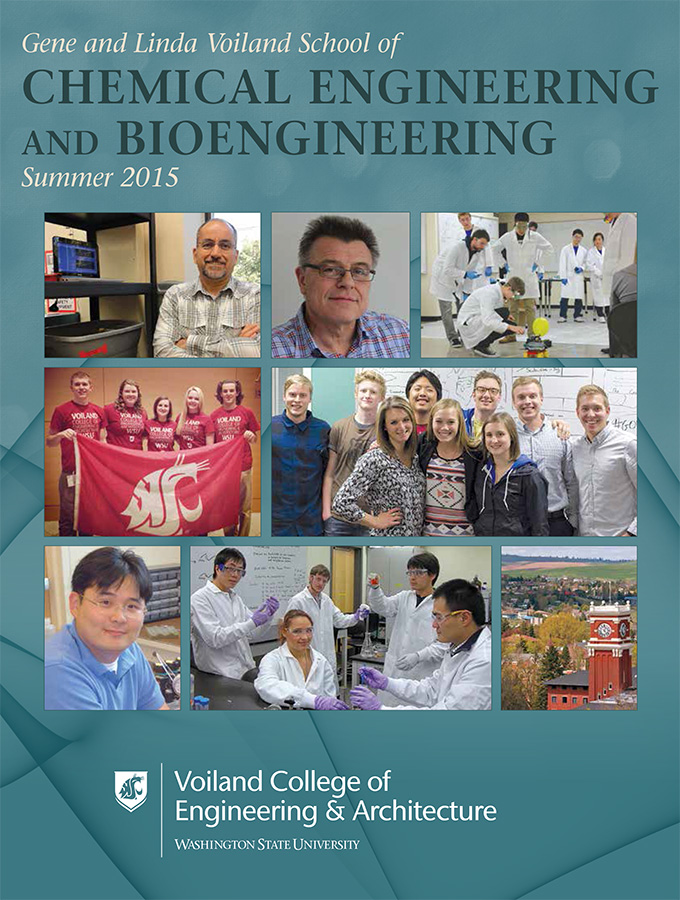