During Scott’s more than 40 years of construction experience at Kiewit, the company’s infrastructure business has grown exponentially. In his current role, Scott has executive leadership responsibility for Kiewit’s Infrastructure Group, the company’s largest business unit, which includes projects up to several billion dollars in size across the United States and Canada in the transportation, heavy civil and water/wastewater markets.

His executive responsibility includes the oversight of some of North America’s largest infrastructure projects, including the Dallas/Fort Worth (DFW) Connector project in Dallas, Texas; the Port Mann/Gateway project in Vancouver, British Columbia; the Permanent Canal Closures and Pumps project in New Orleans, Louisiana; and the Hebron gravity-based oil gas structure off the coast of Newfoundland. Other recent significant projects designed to improve infrastructure in North America under his management include the Franklin WTP Expansion in Franklin, Tennessee; the Arlington Memorial Bridge Rehabilitation Project in Washington D.C.; the I-225 Light Rail Corridor in Aurora, Colorado; and the I-40 Fast Fix 8 project in Nashville, Tennessee.

Selected to Kiewit’s board of directors in 2004, Scott joined the company in 1976. After holding several operations leadership roles, from intern to engineer, superintendent and area manager, in 1993 Scott was named the company’s Southeast district manager and president of Kiewit Southern. In 2002, he became senior vice president and division manager where, in addition to onsite operations, he managed Kiewit’s equipment and design-build functions and oversaw Kiewit’s compliance, safety and environmental organizations. This wide-ranging experience has extended across virtually all the geographies in which Kiewit operates and with many of the company’s largest private and public clients.

As a passionate leader and advocate for construction safety, Scott was a founding member of the Construction Industry Safety Initiative (CISI) and is chairman of the 2019 and 2020 Construction Safety Weeks, which includes more than 70 leading construction and engineering company members focused on promoting safety in the industry.

Scott’s industry experience goes well beyond Kiewit, including leadership and board roles in key construction and engineering organizations from coast to coast. He has served on the board of directors of the American Road & Transportation Builders Association (ARTBA) and is active in the U.S. Chamber’s Let’s Rebuild America committee. Scott also is a long-time member of the Construction Industry Roundtable (CIRT) and the industry’s well-known Moles and Beavers organizations.

Personally, Scott has actively engaged in important national and regional business, charitable and community organizations through varied leadership and sponsorship roles. These include the Juvenile Diabetes Research Foundation, Madonna Rehabilitation Hospital and Madonna Schools, the AKSARBEN Foundation Board of Governors, American Heart Association and popular River City Roundup event in Omaha, Neb. He also is currently a state of Nebraska Game & Parks Commissioner, appointed by the Governor in 2017.

Scott has bachelor’s degrees in construction management and business from Washington State University, and has attended Northwestern University’s Kellogg School of Management Executive Development Program. Scott continues to work closely with his alma mater, serving as an executive leadership board member for Washington State’s Voiland College of Engineering and Architecture.

Scott has been married to his wife, Karla, for 33 years and has two sons, Ryan and Mitch and five grandchildren. When not with family or working, he is a passionate hunter and enjoys working on his small farm.

Kiewit is one of the largest and most respected construction and engineering organizations in North America. The company had revenues of more than $9 billion in 2018. 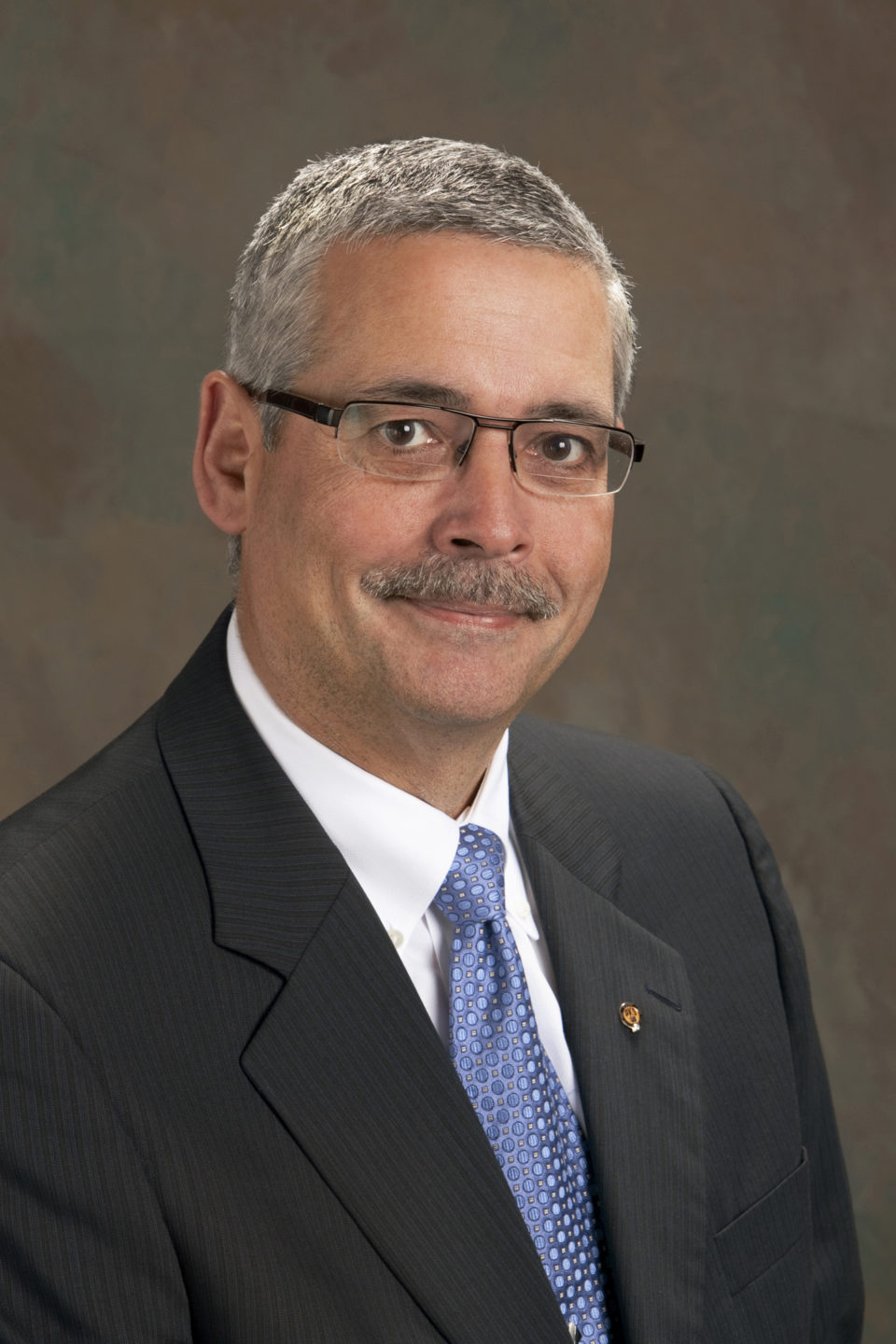