Track Captain Learns the Value of the Cougar Family

By Trina Jones, Voiland College of Engineering and Architecture Intern 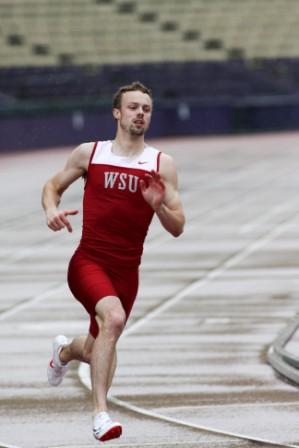 Senior track team captain for the 2009-2010 season, Reny Follett, had more to think about his first semester than just finding new friends and buying books. He says he worried about balancing his sport with studying in a challenging program like mechanical engineering.

However, he found that the Cougar network of professors, coaches and other teammates were understanding and supportive enough to make his five years not only successful, but enjoyable.

“One of the big things that brought me here is that the WSU track team has a big emphasis on the family atmosphere,” Follett said. “It was a huge draw for me, and I may not have come here otherwise.”

The track team has always been about doing more than the minimum, so coaches emphasize a large academic cushion and put a lot of time and effort into making sure students can compete and do well academically. They work to make consistent time schedules, and, Follett said, he spent time adjusting and working on time management skills his freshman year.

His professors have also been very supportive of his goals and worked with him to accomplish them. While they certainly didn’t give him an easier ride, they helped him by accommodating his schedule and meeting with him outside of class for extra help, he said. 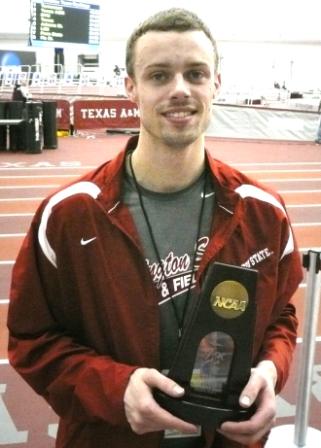 His favorite engineering classes were ones that gave practical experience and applied methods, such as an AutoCAD course.

Follett’s track highlights include NCAA championships and meets in Texas and California, for which the team competed against professional and Olympic athletes, he said. Follett, an All American, holds the WSU record in the 4x400m relay and has placed well in Pac-10 and NCAA championships.

As captain, he tries to be hands-on, he says, encouraging the same family atmosphere that originally drew him to WSU. His goal is to create a supportive and accountable atmosphere on the team.

“Even though track is an individual sport, it makes a huge difference to have the whole team pushing toward one goal,” Follett said.

Follett is torn between his two passions for a post-college career and hopes to combine them in the future, possibly working to engineer sports equipment. His future in running also depends a lot on the upcoming season, he said.

“I can be an engineer and run,” he said.