SDC students at the Smart City presentations in Spokane.

On one side of a knot of overpasses and railroads is Spokane’s thriving University District. On the other is the East Central neighborhood, where 63 percent of residents live at or below the poverty line and fewer than one in three own their homes.

“Right now, they might feel like it is miles away, but it is just half a mile away,” he said. “If we can improve those connections, residents benefit.”

Connecting the Ben Burr Trail to the district; introducing shared, driverless electric cars; decentralizing power grids; and identifying technologies to grow jobs are some of the ideas that were presented at open houses and final reviews held in Spokane.

From above, highways seem like impassable barriers, “but we can get underneath all of this,” Austin said, using, for example, a columned railway underpass that has “some nice architecture—it could be an art experience.”

“Before a landscape can be changed, its architects have to understand the many systems at play, from the pipes to the parks,” said Cristiani. “There’s so much packed into this small area that the only way to visualize it is to break it apart, layer by layer.”

The University District, which brings together universities and businesses north of I-90 and east of Division Street, is being transformed by private, state, and federal investments, including WSU’s new Elson S. Floyd College of Medicine and a $15 million University District Gateway Bridge across the Spokane River.

The district also connects the strengths of educational institutions with regional economic drivers like the WSU medical school, he said.

“The students’ work is an example of how the district provides an urban laboratory for new knowledge and opportunities,” he said. “I am looking forward to seeing the final result.” 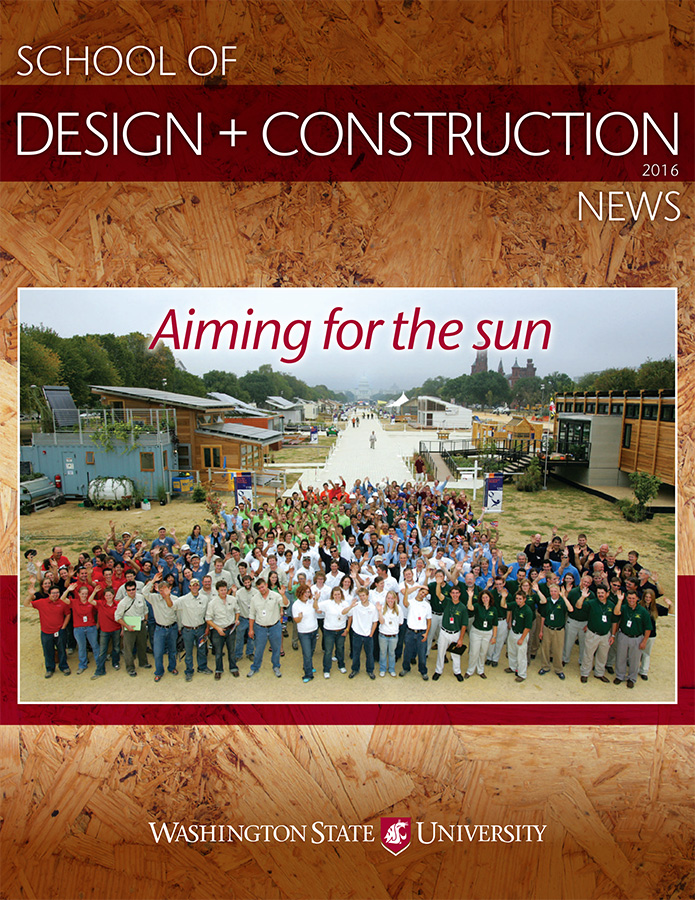