At the historic site where the Coeur d’Alene Indian Tribe once gathered, landscape architecture students are helping tribal members reclaim their heritage and imagine their future. 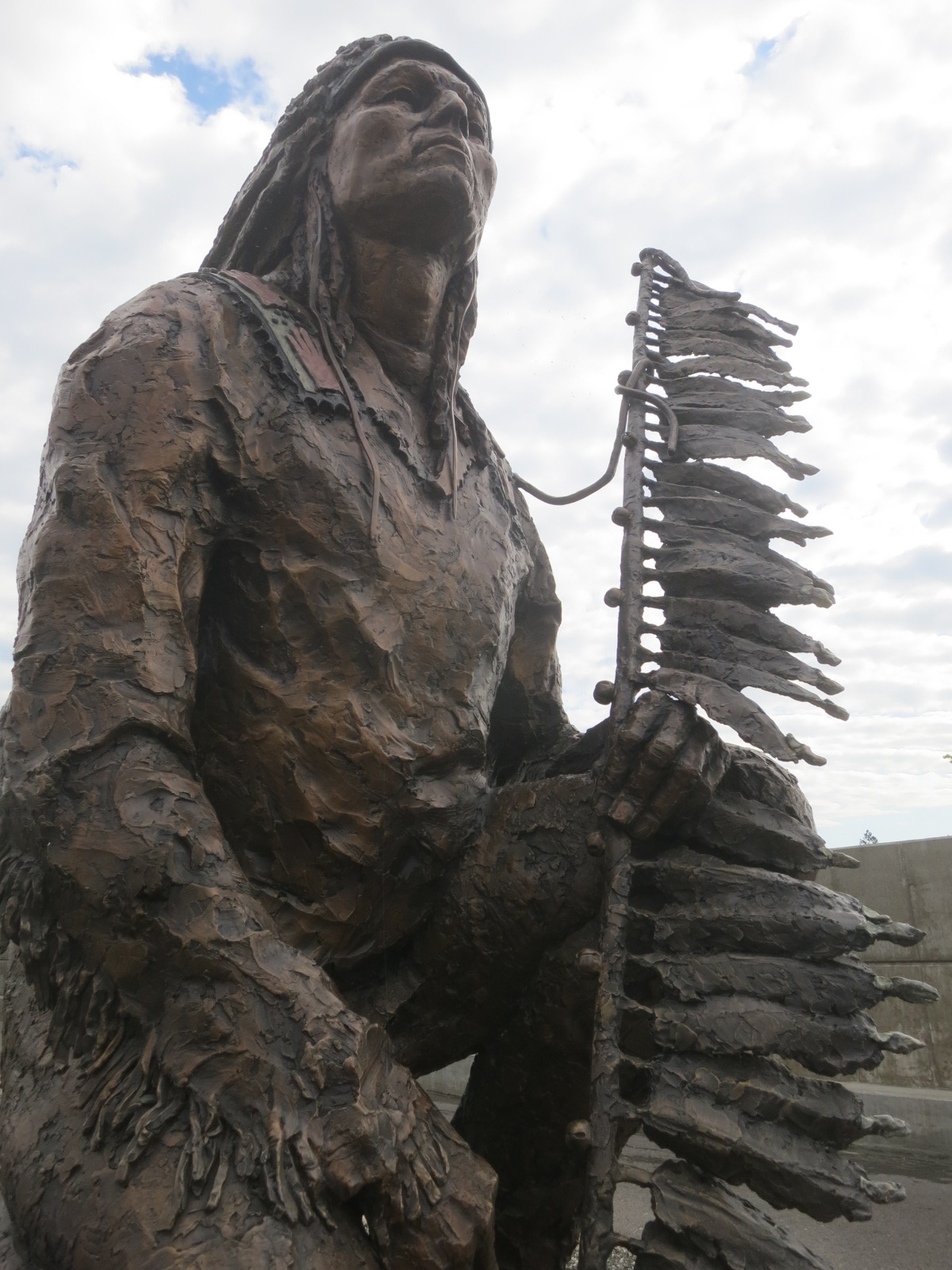 In their second-year studio, 18 sophomores set out to enliven the Coeur d’Alene Tribe Tribute Site, a sculpture park at the confluence of the Spokane River and Lake Coeur d’Alene.

On the park site stands a new statue of Chief Morris Antelope, an important leader in the tribe in the early 20th century. Students were challenged to find the best ways to honor and represent the tribe beyond that single statue.

For sophomore Zochil Castro, that meant considering land and water, art and communication, and especially, people. The tribe’s views were most important.

“They want to be represented in the here-and-now, not just as part of the past, the history books,” said Castro. “We talked about story-telling, being environmentally conscious, and how this could be a site for people to gather and appreciate the beauty of the land.” 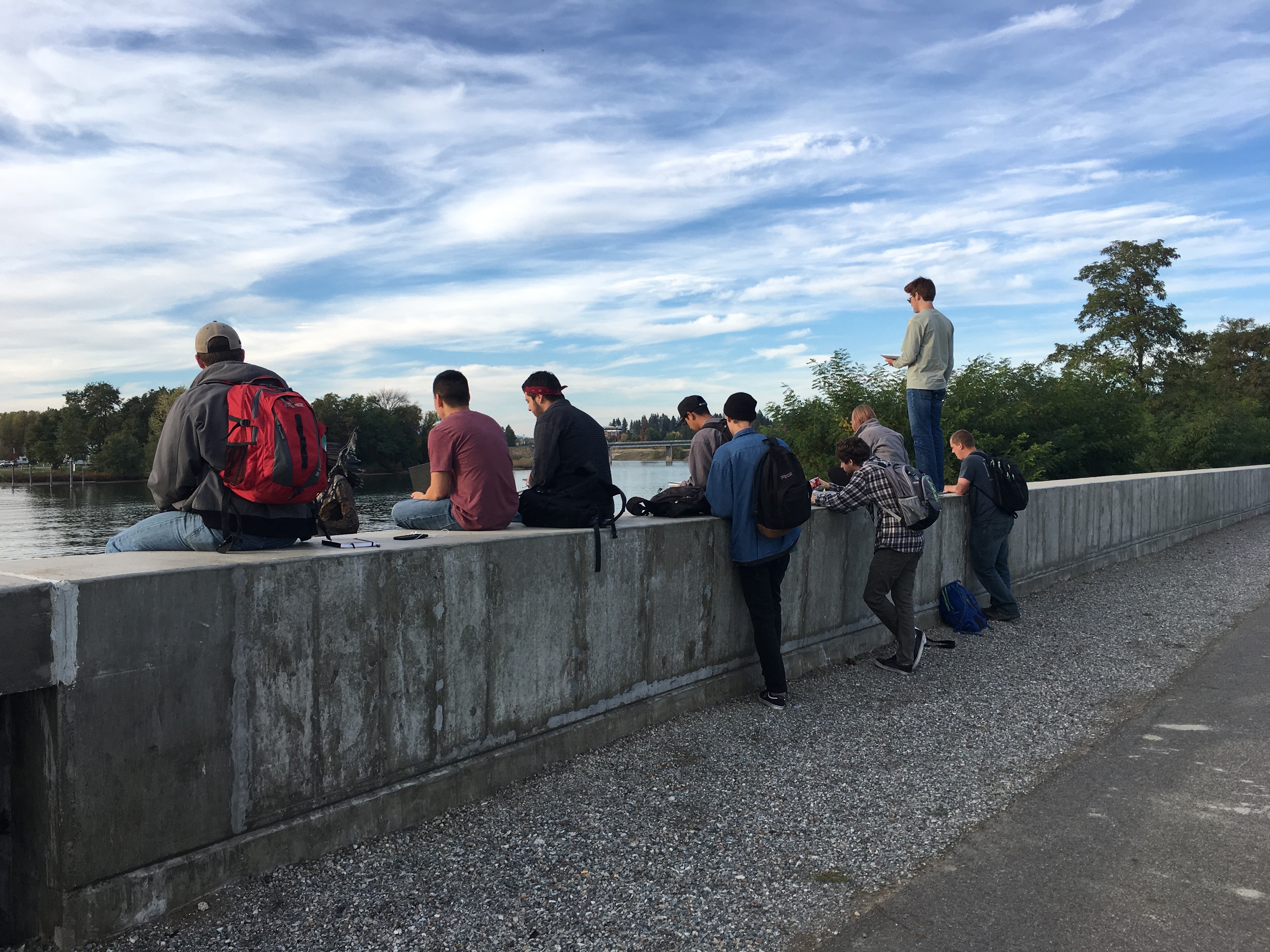 WSU students at the historic site in Coeur d’Alene

Their designs included boardwalks that draw visitors to interpretive signs and art, and bio-swales that use native vegetation to filter pollutants and protect from storm water. Others made strong connections to the college campus, and extended features along the scenic riverside.

“We left some features up to the tribe,” said Castro. “After this project is finished, it’s up to them to finalize their vision for the site.”

Students presented their completed designs December 9, 2016, at the tribe’s headquarters in Plummer, Idaho.

The historic site offered a rare chance for intro-level students to put theory into practice, while working with real-world clients and communities.

“I’ve got a stronger understanding of what a landscape architect does,” said Castro. “It’s real now.”

“This shows that we don’t need to take small steps,” said Austin. “We can push our students to be the best they can be, right away.”