For most of the twentieth century, people didn’t worry about an illness like strep throat or an infected cut because they could go to the doctor for a quick dose of antibiotics, which was invariably followed by a quick recovery. 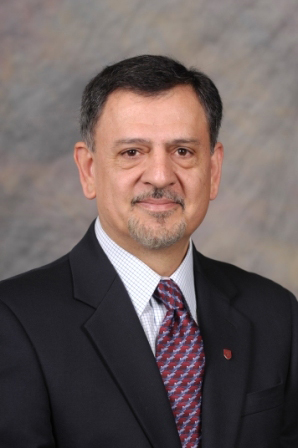 Slowly, however, microbes developed resistance to the miracle drugs, and in the United States, at least two million infections and 23,000 deaths are attributable to antibiotic-resistant bacteria each year, according to the Centers for Disease Control and Prevention.

Researchers in the School of Electric Engineering and Computer Science are leading a five-year, $4.9 million initiative to look at social determinants of antimicrobial resistance in human and animal populations. The initiative, called the Community Health Analytics Initiative (CHAI), will boost WSU’s ability to analyze extensive datasets known as “big data” and to promote information-based health care research. Supported by WSU, the multidisciplinary initiative, in partnership with the Voiland College of Engineering and Architecture, the College of Veterinary Medicine, the College of Medicine, and the College of Arts and Sciences, tackles the University’s Grand Challenges in health as well as equity and opportunity. The initiative, slated to become a University research institute, includes the establishment of a new graduate degree program in health analytics.

“Data science has been of great interest to the University, and this project is a natural outgrowth of that interest,” said Behrooz Shirazi, Huie-Rogers chair professor in the School of Electrical Engineering and Computer Science, who is leading the initiative. “The planned research institute brings together researchers in math and computing with the School of Global Animal Health and the new College of Medicine to begin making sense of data that health care researchers have been and will be collecting.”

Medicine has traditionally been done by looking at a patient’s symptoms, giving standard tests based on those symptoms, and then prescribing a standard dose of medicine. In addition, medical studies are often controlled experiments, which are limited, expensive, and time consuming, he said. Community-based analytics, on the other hand, allow researchers to find patient-specific information that would be very difficult to spot with traditional research methods in a large community and region—and oftentimes more quickly and cost effectively.

“We need to move away from the cookie cutter solutions we now have in medicine,” he said. “We want to get a lot more precise about patient data in the context of community information and develop more proactive public health solutions.”

The initiative will initially focus on antimicrobial resistance in Eastern Washington. The region provides an opportunity for a fresh way of looking at the problem since many studies have been focused in urban areas near academic medical centers.