More than 1,300 students from 45 universities and 16 states participated in the competition, which was held in Reno, Nevada. The competition requires that students solve complex problems in less than 24 hours, present proposals, and participate in a rigorous question and answer session in a business-like setting. WSU construction management and architecture students participated.

A WSU group, coached by Professor Anne Anderson, took second place in the virtual design and construction category. As part of the competition, sponsored by Webcor Builders, the students were given several real-world building problems for which they developed and presented software-based solutions in less than a day. The student team included Sam Rykken, Martin Rogstad, Casey Angeline, Riley O’Keeffe, Sam Flor, and Austin Bartleson. 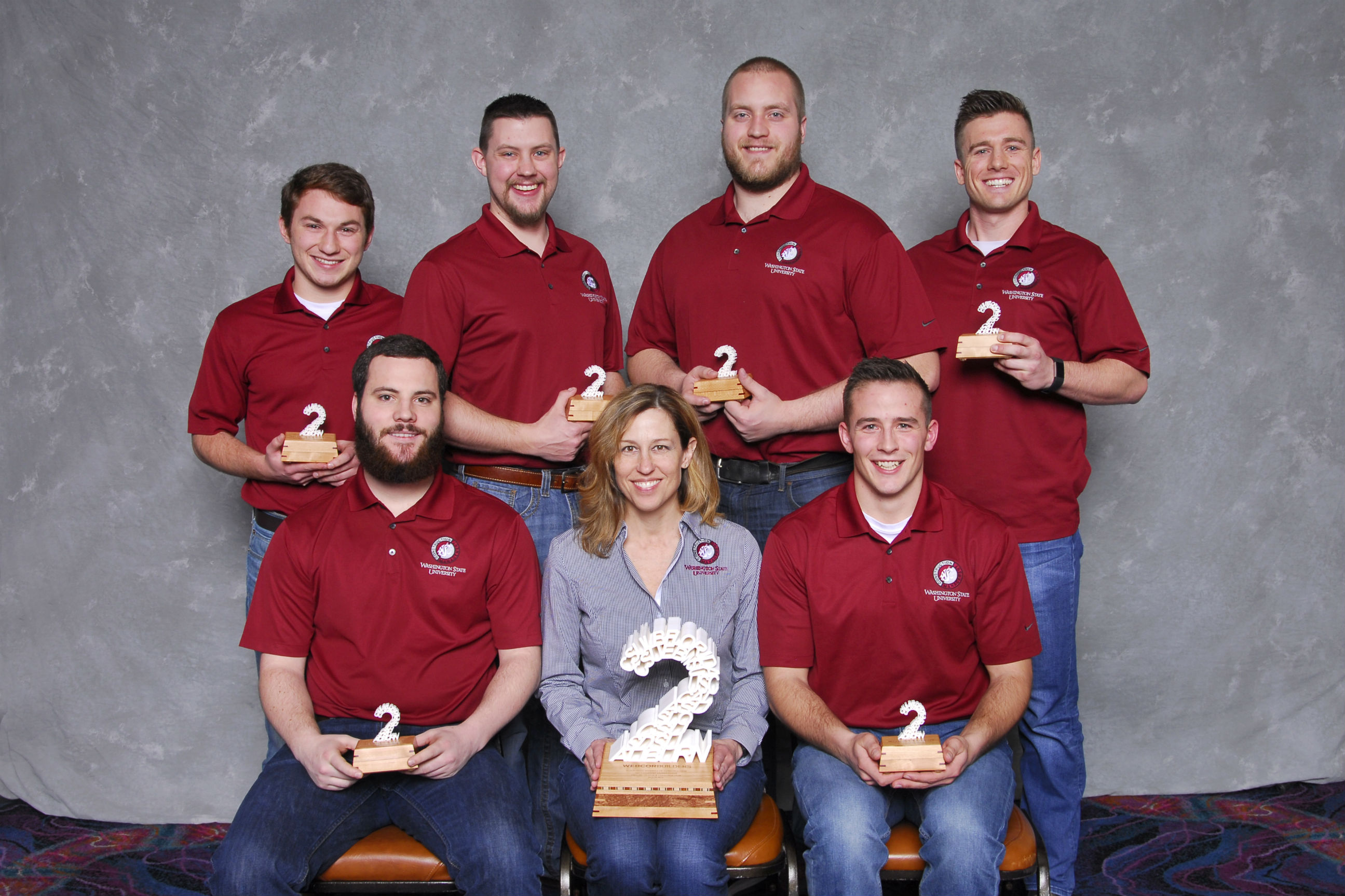 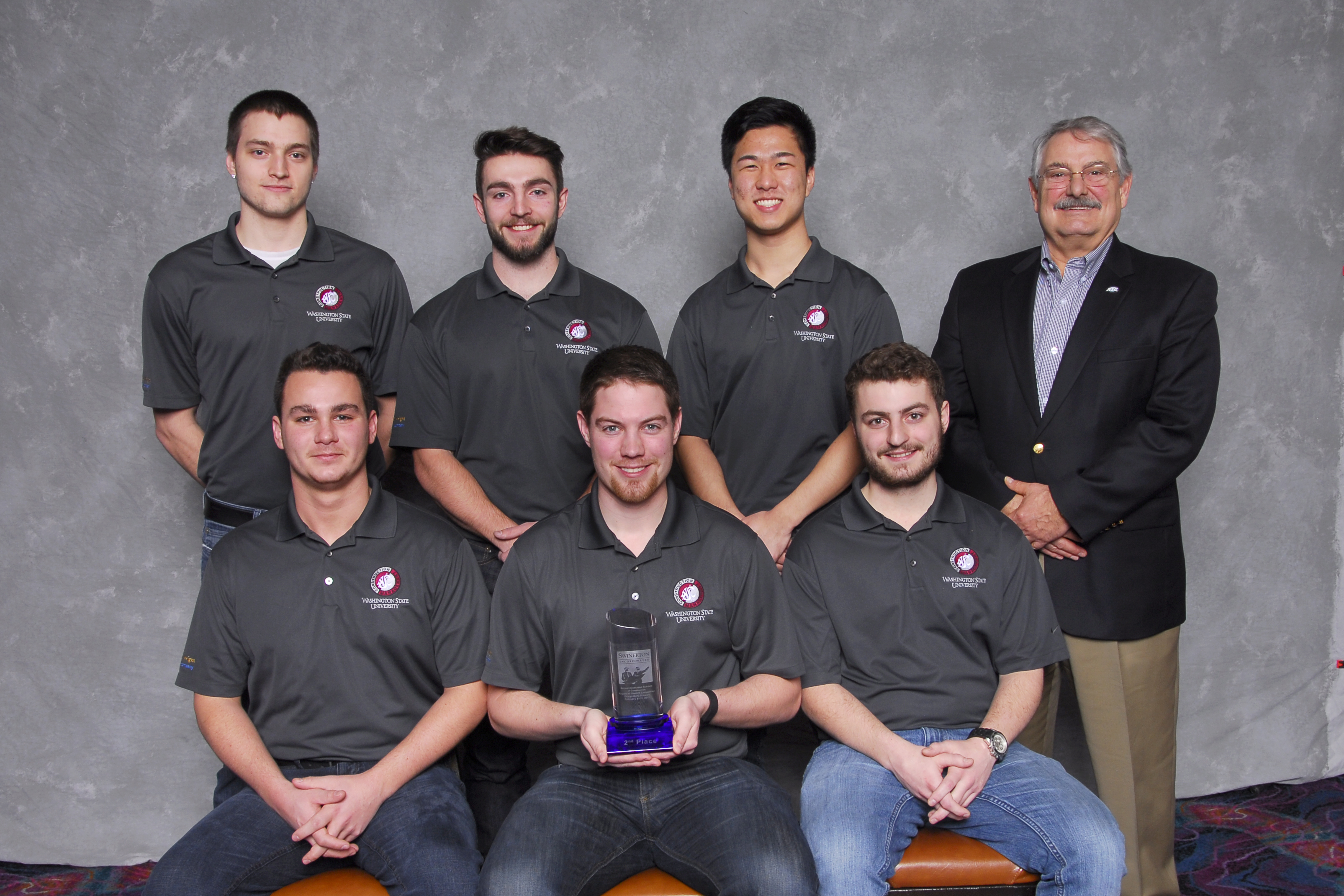 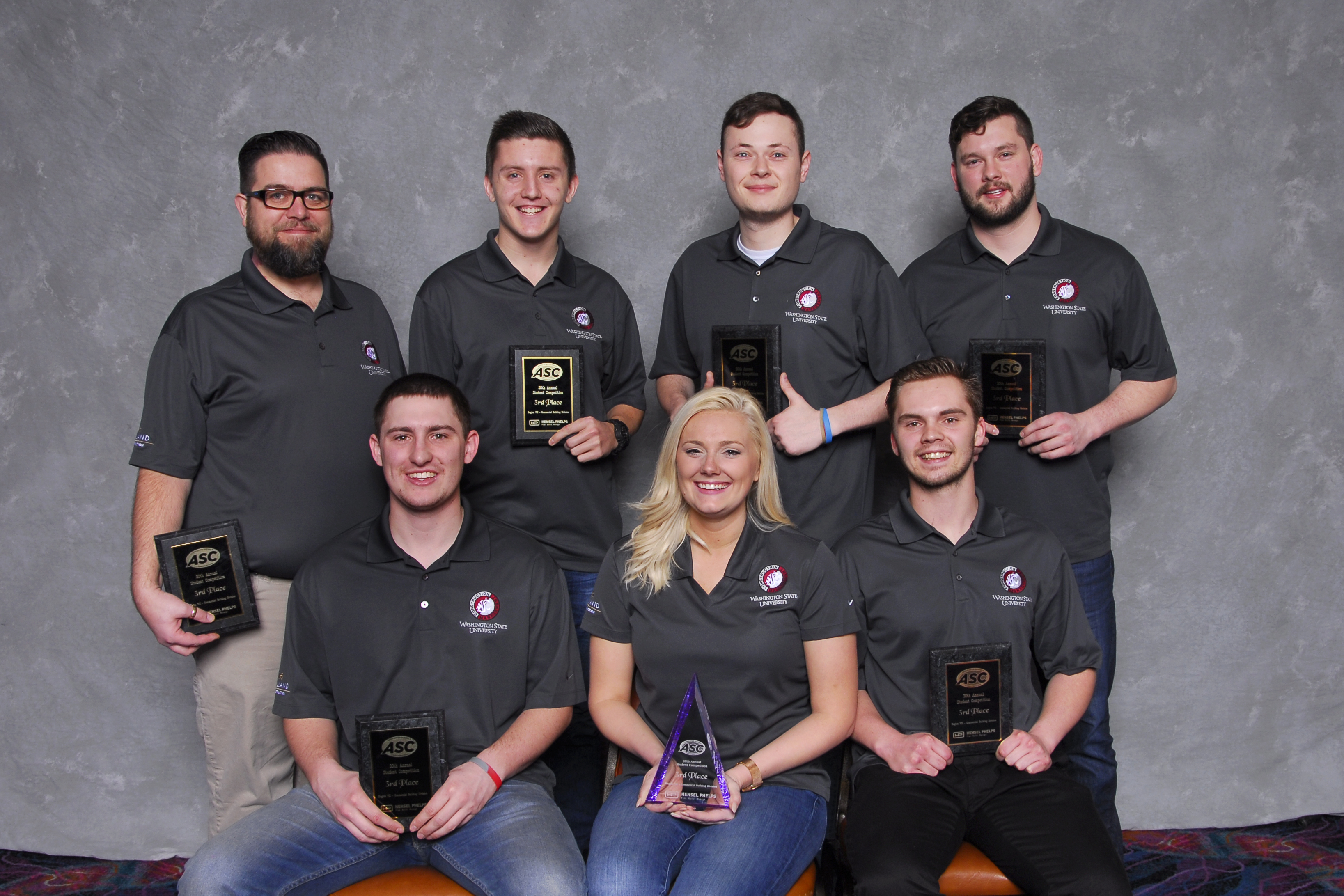 “We are incredibly proud of all of the teams and continue to be impressed with the amount of work they put into preparing for this event,” said Peschel. “Having been involved with this competition for many years, I know that placing in any category is difficult, but having three teams from WSU place is historic.”

“We are so fortunate at WSU to have tremendous industry support in the form of financial gifts but also in time and talent,” said Peschel. “Their support is a critical piece in both helping our students succeed in these competitions and in gaining valuable skills that they will bring to the workplace.”