With approximately 4,000 undergraduate students in the Voiland College of Engineering and Architecture at WSU, it is pretty amazing to be named the outstanding sophomore. To repeat the accomplishment as a junior is also amazing.

But for Gage Pepin to be named outstanding sophomore, junior, and senior for the college is thought to be unprecedented.

And also ironic, since he was not a stellar student in high school.

Originally from Camano Island, Washington, Pepin always liked his math and science classes, but he received only average grades in high school. Coming to WSU was an opportunity to prove himself.

“I was a really, really big slacker and didn’t take school seriously,” he said.

At the same time, he is the first in his family to go to a university for a four-year degree. His father, who has worked at Kimberly Clark in Everett as an instrument technician, and his mother, who is a nurse, have been tremendously supportive of his efforts to go to school.

“I owed it to them to do well in school,” he said. “I kind of wanted to earn it more than just showing up.”

Undecided when he arrived, he was grateful for support he received from his advisor, Kasey Schertenleib, who guided him toward civil engineering. And when he arrived at WSU, he decided to do as much as he possibly could.

“I wanted to take advantage of everything I could and get the most out of the whole experience,” he said. “Once you’re done with college, you’re not going to get those experiences again. I didn’t want to pass up on the opportunity to learn from all of the great resources at this school.”

And so he did.

Pepin has maintained a 3.93 GPA. He’s been active in the WSU community, where he has been a peer mentor for the Innovation in Design (Engineering 120) course, assisting students who are starting their engineering studies. He has served as president for the WSU chapter of Tau Beta Pi honor society. With more than 40 incoming members, the chapter this year processed its largest initiation to date. He was also recruitment and retention officer for the WSU student chapter of the American Society of Civil Engineers. He participated in and organized many volunteer activities for these groups, such as stream cleanups, food drives, and activities to introduce young people to engineering. In his spare time, he was a DJ for KZUU 90.7 FM and participated in recreational sports.

“He is a solid student and interested in what was going on around him,” says Kirk Reinkins, for whom Gage worked as a peer mentor. “That goes a long ways. He does the work that is necessary.” 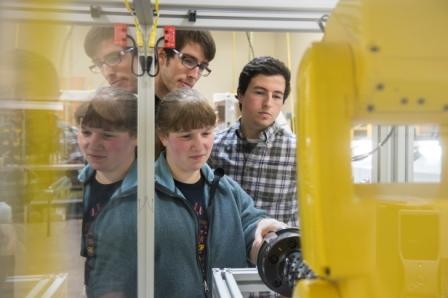 Pepin was part of an interdisciplinary Boeing Scholars project to teach a robot to remove and replace a sharp milling insert.

He also participated in the Boeing Scholars program, which provides students with two-year scholarships as well as internship opportunities between their junior and senior years. During their senior year, students from engineering, science, and business participate in an interdisciplinary course, collaborating with Boeing scientists and engineers on a real-life aerospace industry project.

A large part of his success, says Pepin, has been the support he has received from WSU civil engineering faculty. College is a time with a lot of new experiences and challenges, and it can feel overwhelming, he says. From making his first decisions on a major to encouragement to join student clubs to advice on internships and careers, the faculty helped him every step of his college career, he said.

“The professors are so welcoming here to students and make themselves really available,” he said. “It doesn’t seem like they were ever bothered by me barging into their offices,” he said.

In fact, his favorite thing about his college experience was the Department of Civil and Environmental Engineering.

“It was easy to decide to stick with engineering,” he said. “They were so encouraging. Any civil engineering major would say the same thing.”

Pepin decided, in fact, to try to grab just a little bit more out of his college education. He will graduate in December with a bachelor’s degree in civil engineering. 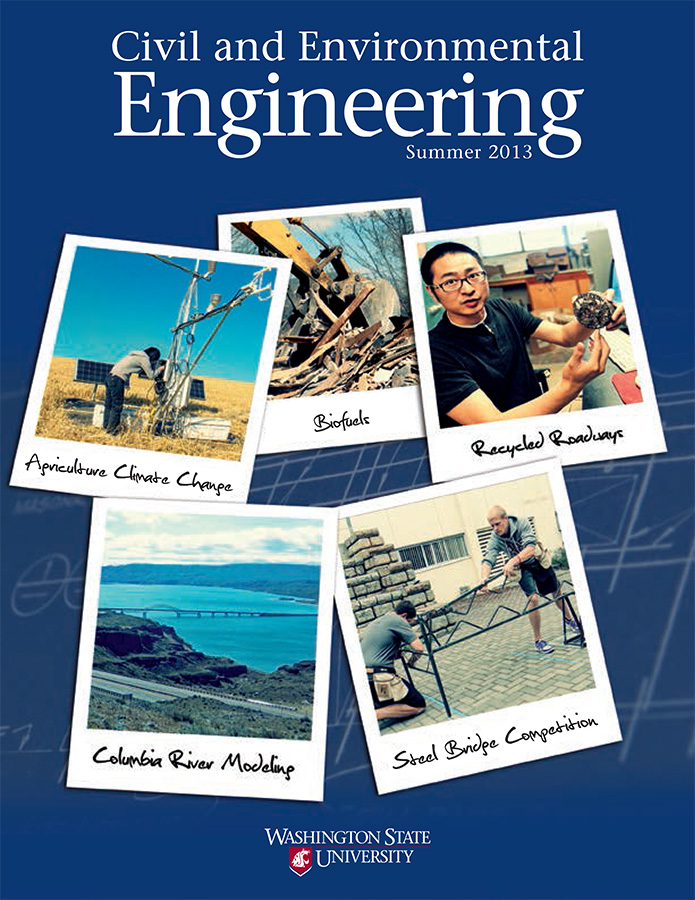