By: Melisa Virnig, Voiland College of Engineering and Architecture intern 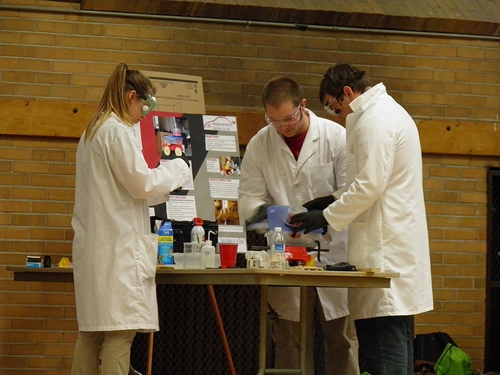 The WSU ChemE Car team is heading to nationals after taking second place at regionals on April 16th at Oregon State University.

The team’s success at regionals qualifies them to attend the national competition at the American Institute of Chemical Engineers (AIChE) national meeting in October. They will be one of 32 teams to compete.

Each year, students develop a new design for the ChemE car. This year the team used an air zinc battery to power the vehicle. Once the race starts, students can’t interfere with their vehicle, so they installed a magnesium strip that dips into an acid bath in order to stop the reaction and the vehicle.

“The idea behind the car is that it has to be able to travel anywhere from 50-100 feet and carry 0-500 grams, but the students won’t know exactly how far or how much until an hour before the competition starts,” Dr. Richard Zollars, AIChE advisor, said.

The WSU team has had a huge impact on the ChemE Car competition, generating the original idea for the entire competition.

In 1997 Scott Fogler, one of the directors for the American Institute of Chemical Engineers, wanted to come up with something that would create the same excitement among students as the concrete canoe competition does for civil engineering students, Zollars said.

A competition was held at the national meeting among the student chapters to come up with ideas. The WSU team came up with the idea of a car where distance was controlled entirely by a chemical reaction.

The student chapters committee liked the team’s idea so much, however, that they decided to use the idea as a trial competition the next year. It was such a hit that they made the ChemE Car the national student competition.

Now 15 years later, the WSU team is once again heading back to nationals to compete in the competition they helped to create.

The students will continue to work on the car over the summer to prepare it for the national competition in the fall. 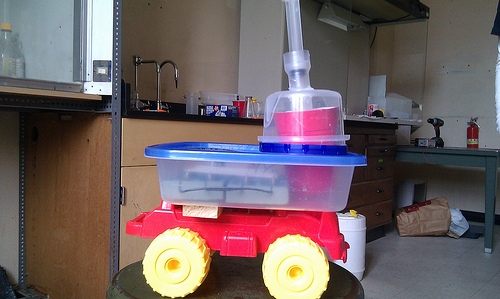 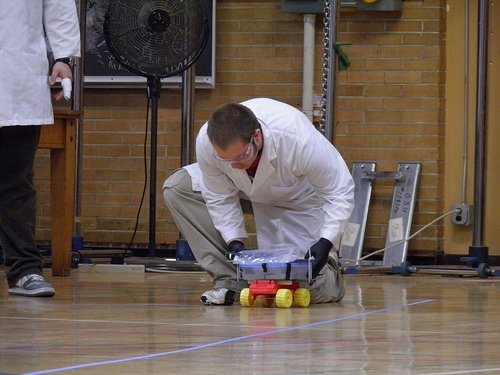 A WSU student demonstates the functions of the team’s ChemE car at the regional competition. 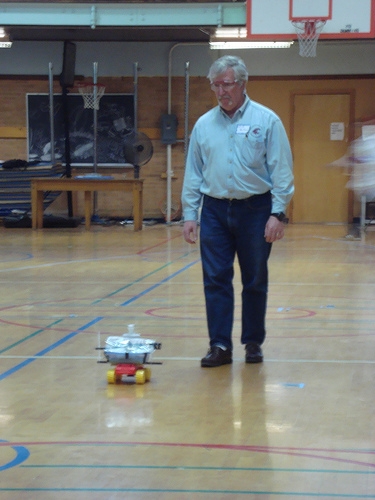 Dr. Zollars at the regional competition.