Capt. Craig Bomben is the vice president of Flight Operations for Boeing Test & Evaluation and enterprise chief test pilot. Named to this position in 2015, Bomben provides operational leadership and business oversight for all flight operations, including developmental and production flight tests of Boeing commercial airplanes and military aircraft. Bomben also serves as the skill team captain for pilots across the enterprise.

Bomben assumed the additional responsibility as the VP BT&E Design Build in May 2016. The Design Build Team is responsible for the design, build and ultimate cost of both BT&E Lab Test and Flight Test Value Stream test articles.

Bomben also serves as the Boeing Executive Focal to Washington State University and serves as a board member on the Academic Advisory Board for the Voiland College of Engineering and Architecture.

Prior to his current role, Bomben was the BT&E chief test pilot for military aircraft for two years. In that role, Bomben led a team of pilots, aircrew and support personnel in the development, demonstration and production testing of all military products.

Prior to assuming the role of chief production pilot for commercial airplanes in 2011, Bomben was responsible for conducting production and engineering flight tests on ZA004, the third 787 Dreamliner to enter flight test, and was a deputy chief pilot for the 737.

Before joining Boeing as a production flight test pilot in 2006, Bomben was a research test pilot for NASA’s Dryden Flight Research Center at Edwards Air Force Base, California for six years. His assignments included a variety of research and support activities while piloting the F/A-18, F-15B, T-38, DC-8, T-34C and King Air aircraft.

A 1987 graduate of the Naval Aviation Officer Training School, Bomben began his naval flying career in 1985 and his test pilot career in 1992 when he graduated from the Naval Test Pilot School. During his 16-year active Navy career, he conducted developmental flight testing of the F14D and FA-18 aircraft as well as the CT-133 and CF-188 aircraft. Bomben led numerous multi-national missions over Iraq in support of Operation Southern Watch and Operation Desert Storm. In 2001, Bomben transitioned to the Naval Reserves as the operations officer for Joint Forces Component Command, San Diego. As a reservist he was called on to serve in Operation Iraqi Freedom and Operation Southern Watch.

Bomben holds a bachelor’s degree in electrical engineering from Washington State University and an Executive MBA from the University of Washington, Foster School of Business. Bomben holds type ratings in all current Boeing production models, and has accumulated more than 8,000 hours of flying time in more than 75 different types of aircraft. 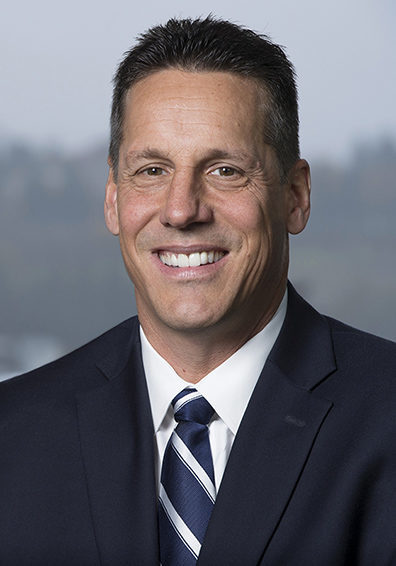