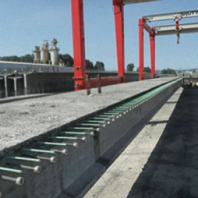 Led by WSU Professor Pizhong Qiao and UW Professor John Stanton, in collaboration with Bijan Khaleghi, a Washington State Department of Transportation (WSDOT) bridge engineer, the researchers recently received WSDOT support for a two-year project to create and test the concrete, which is more durable and more than four times as strong as traditional concrete.

Much of Washington’s concrete bridge infrastructure is more than 50 years old. With heavy traffic and continual abuse from Northwest weather, many bridges are in poor condition, says Qiao, professor in the Department of Civil and Environmental Engineering.

Qiao and Stanton, a professor of structural engineering and mechanics at UW, will be testing the ultra high performance concrete (UHPC) for use in connection joints between bridge decks.

The researchers will be using locally available and inexpensive materials, including sand, to create the material. Made of ground quartz, super plasticizers, and steel fibers, UHPC is less porous and more homogeneous and can be in thinner sections than traditional concrete. It also allows for pre-cast construction.

Using the UHPC will allow them to reduce the joint width, compared to much larger traditional concrete joints, and significantly improve durability and performance, says Qiao. Because of its durability, the bridges will require less care and maintenance than those using traditional concrete.

“Once this material is developed, it can be used in other critical infrastructure components that are easily damaged,” Qiao says. “It can really improve a city’s civil infrastructure.”

Qiao will lead materials development for the concrete mix, while Stanton will lead the structural tests. As part of the project, the researchers will also carefully evaluate the material and design.

“We have benchmarks and expectations to dramatically improve conventional concrete materials. We need to make sure our bridge joint design will meet these expectations,” he says.

Every year, more than a million tons of concrete, asphalt, and other similar inert materials are disposed of in landfills in Washington state.

After Haifang Wen, associate professor in the Department of Civil and Environmental Engineering, discovered concrete that is recycled performs just as well as newly manufactured concrete, the Washington State Legislature passed a bill calling for the use of recycled concrete in future building projects.

Wen researches sustainable concrete and asphalt production. Recycling concrete involves breaking down older concrete and remixing it into new concrete rather than mining and transporting new materials from mountainside quarries, a process that is both environmentally and fiscally costly.

“We save money and protect the environment,” Wen said. “It’s a no-brainer, really.”

Wen and his colleagues went to extensive lengths to measure the strength of the recycled concrete in order to prove its safety for use, and found it to perform just as well as concrete made with new materials.

The concrete industry was very interested in Wen’s research, and took that research to the legislature this past year. In April 2015, the legislature passed a bill that will require a 25 percent increase in the use of recycled concrete in the upcoming year, with usage steadily increasing for the following years.

“I’ve never seen that before. I never knew this project would become a bill,” Wen said. “I’m very honored.”

Mandatory concrete recycling opens up new avenues for Wen and his colleagues, as they will have more opportunities to work with the Washington State Department of Transportation and other government sectors to continue to improve sustainability in our transportation and building infrastructure. 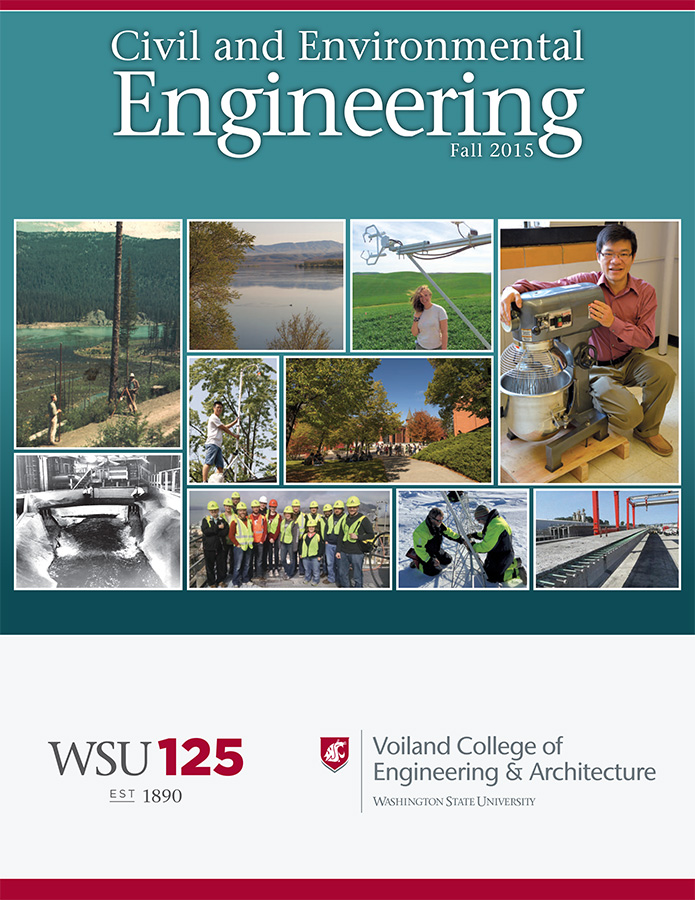