From the beginning, Voiland College researchers and alumni have brought their products to the marketplace with significant impact on the economy. One of the college’s early engineers, Homer Dana, developed an early facsimile machine and an emotional stress meter (lie detector). He also helped to design the Great Depression era Mason City Project, which measured that community’s electricity consumption and led to innovations in community and economic development.

Alaska Airlines is teaming up with the Washington State University-led Northwest Advanced Renewables Alliance (NARA) to advance production of alternative jet fuel made from forest residuals, the tree limbs and branches that remain after a forest harvest.
[more]

Mixing stainless steel with titanium is an idea that gives Amit Bandyopadhyay equally a headache and an adrenaline rush. In 20 years of research on additive manufacturing—or 3-D printing—Bandyopadhyay has experimented in printing bone material, moon rock, and plastics, but never two different metals at once.
[more]

Read more stories like these in the print edition of Voiland College of Engineering and Architecture’s Innovation Magazine (PDF).

From Research to Reality

Voiland College: By the Numbers 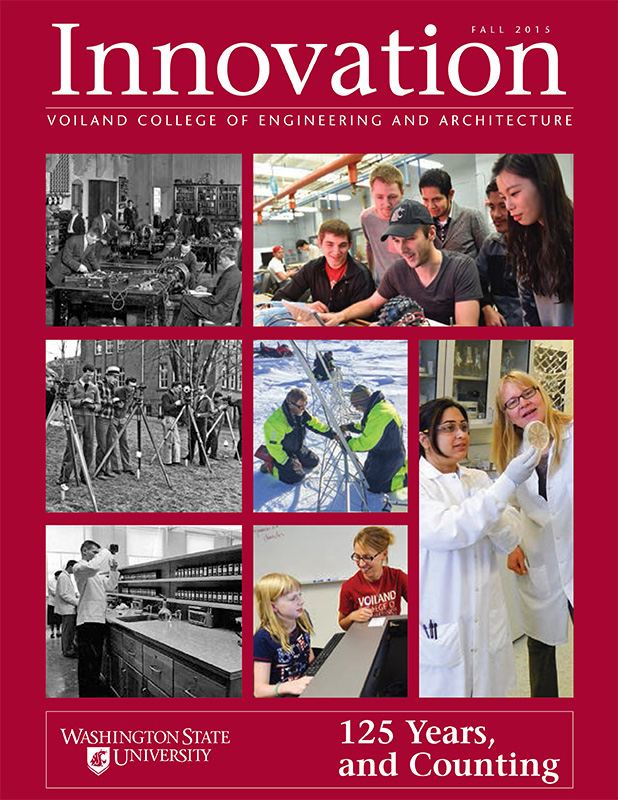