Washington State University researchers are working to improve materials used in hip and knee replacements so that they last longer and allow patients to quickly get back on their feet after surgery. Led by Susmita Bose, professor in the School of Mechanical and Materials Engineering, the researchers have received a five-year, $1.8 million National Institutes of Health grant to improve the way bone implants integrate into the body.

The researchers will mix ions commonly found in the body—such as magnesium, zinc, and calcium—into their coatings. They also will add tiny amounts of medicine, such as antibiotics or osteoporosis medications, to the coatings. They already have received patents on their innovative method of delivering medicine to a patient, which could be used like a time-release drug to fight infection or to build bone strength.

“This work could have a profound effect for younger patients and for those who undergo revision surgeries where bone volume is compromised,” said Bose.

“A few extra years for these hip or knee replacements can make a tremendous difference,” said research team member Amit Bandyopadhyay, also of the Voiland College’s School of Mechanical and Materials Engineering.

Bandyopadhyay and Bose have been leaders for more than a decade in 3-D printing of bone materials and improved materials for bone implants. In preliminary studies, they have used nanomaterials to make coatings that are stronger and more biocompatible than those currently available. The grant will allow them to further test the new coatings. Others on the team are William Dernell of the WSU College of Veterinary Medicine, physicians from Stanford University and the University of Washington medical schools, and students from a variety of disciplines. 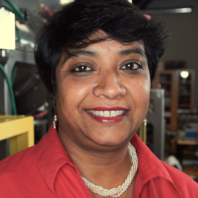 Professor Susmita Bose was recognized as a “Woman to Watch in Life Sciences” during the Washington Biotechnology and Biomedical Association’s annual Life Science Innovation Northwest conference on July 1 in Seattle. The award recognizes women “who are thought-leaders in their fields and shaping the future of their industries,” according to the organization. The WBBA is a Washington life sciences trade association that includes more than 650 member organizations.

Bose conducts research in medical materials, including 3-D printing of bone-like materials to make implants more biocompatible and less prone to infection. She holds three patents for medical devices, is a co-inventor on five active patent applications, and has published more than 200 journal articles. She recently received a five- year, $1.8 million National Institutes of Health grant to improve the way metallic bone implants integrate into the body.

“Many technologies she developed are poised to make significant advances to the standard of care for patients needing orthopedic device implants or other surgical intervention to correct skeletal disorders,” said Michael Kessler, director of the WSU School of Mechanical and Materials Engineering. “Her research is always patient focused and in tune with the upcoming needs of the medical device industry.” 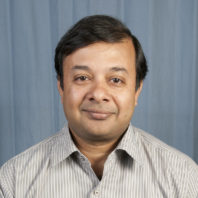 Amit Bandyopadhyay, a Washington State University researcher who developed a way to make tools out of moon rock and artificial bone on a 3-D printer, has been named a fellow of the National Academy of Inventors (NAI). The second NAI fellow in the state of Washington, he joins an elite group nationwide that includes 21 Nobel Prize winners, 21 inductees of the National Inventors Hall of Fame, and 10 recipients of the U.S. National Medal of Science.

“Dr. Bandyopadhyay is a strong researcher who sees beyond the lab and into lives that his technologies can improve,” said Anson Fatland, associate vice president of economic development. “This is a great recognition that speaks to the quality of faculty and innovations coming from Dr. Bandyopadhyay’s lab and WSU overall.”

Bandyopadhyay holds 10 patents; he develops materials to enhance the safety and durability of joint implants for people with fractures and bone disorders.

“Dr. Bandyopadhyay is one of the Voiland College’s innovation leaders in the field of advanced materials,” said Candis Claiborn, dean of the WSU Voiland College of Engineering and Architecture. “His research promises to provide real-world solutions for the critical national challenge of an aging population—and to help build a stronger economy for the state and region while it positively affects peoples’ daily lives.”