We recently spoke with the computer engineering major and Goldwater Scholar about his experience working at the aerospace company, and how WSU is preparing him for the future. 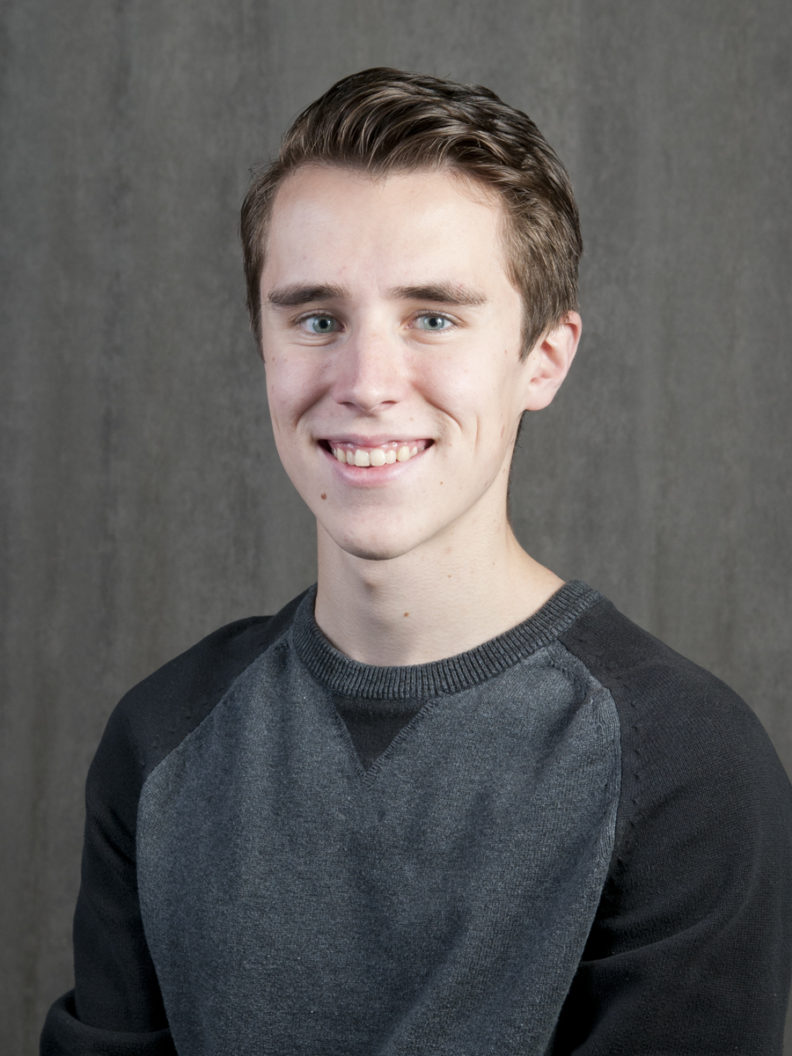 SpaceX designs and builds fully autonomous and fully reusable rockets for sending satellites to space. My internship was working with SpaceX’s Embedded Systems Team. I was tasked with writing the firmware for the Dragon 2 Spacecraft that will take American astronauts to the International Space Station in the coming years. I was working on some of the emergency abort systems, so if something is going wrong on the launch pad, they can press the eject button and get out of there. So, I was working on everything from deploying shoot sequences to firing explosive charges on the spacecraft to separate it. I ended up writing firmware code that would be put onto all of the microcontrollers for the spacecraft and also firmware that will later make it onto the Red Dragon (SpaceX’s Mars-bound spacecraft).

The SpaceX internship was by far the coolest job I’ve ever had. We would get to stand at mission control to watch all of the launches, and we would have live feeds to all of the cameras on the rocket. Some days I would go and eat breakfast there and watch cameras of the astronauts on the International Space Station, so it was definitely a cool environment to work in. It was definitely a place where they treated interns as real engineers, and it was really fun.

Tell us about Palouse Robosub Club.

Palouse Robosub Club is a collection of students who design and build a fully autonomous robotic submarine to compete at the AUVSI Foundation’s International Robosub Competition in San Diego. Because the robosub is fully autonomous and underwater, it presents a very difficult mechanical engineering and computer science challenge.

I joined Robosub three years ago. At the time, I really wanted to get more experience and hands-on work with engineering and meet new people, and Robosub was really a chance for me to go and try something new. Since then, I’ve really worked on the whole spectrum of things, like embedded systems, circuit board design, firmware programming, 3D modelling, and even some higher-level software programming. I’ve learned far more from the club than I have in many of my classes, as we do a lot of the things that real engineers do – which isn’t necessarily always taught in class.

What other things are you involved with at WSU?

I work with Tim Hanshaw at his start-up company to make some embedded systems curriculum for high school and community college students. We’re designing labs and video tutorials on working with microcontrollers and other embedded devices.

I also work extensively with Zhiwu Zhang in the Laboratory for Statistical Genomics, researching parallel computing in Genome-Wide Association Studies (GWAS). We’re developing tools that correlate physical attributes of an organism to genetic mutations within their DNA.

GWAS can take days to weeks of continuous processing on a computer, and I’m look at utilizing GPUs (graphics cards) to accelerate the process. We’re working currently on marketing the software to different companies. It was cool to be recognized earlier this year with the Goldwater Scholarship for the work I’ve put into the project.

As a result of the research I was doing with Dr. Zhang, I also worked over in Germany two summers ago on a research project studying parallel computing with machine learning algorithms.

Why did you choose to study at WSU?

Washington State University is a great school because of all kinds of opportunities it provides. You can do research, you can participate in club activities. The professors are fantastic and the community is so awesome too. You can get good professors and good classes at any university, but you can’t get the atmosphere that you get with WSU and really that’s one of the most incredible things about Washington State University.

WSU offers anything I could have asked for from a university. They have all of the facilities and opportunities of a top school and all you have to do is get in touch with them.

What are your plans after graduation?

I want to either work for a startup or start my own company. I definitely want to take some risks while I’m young and see if I can really make a difference in the world by using what I’ve learned.