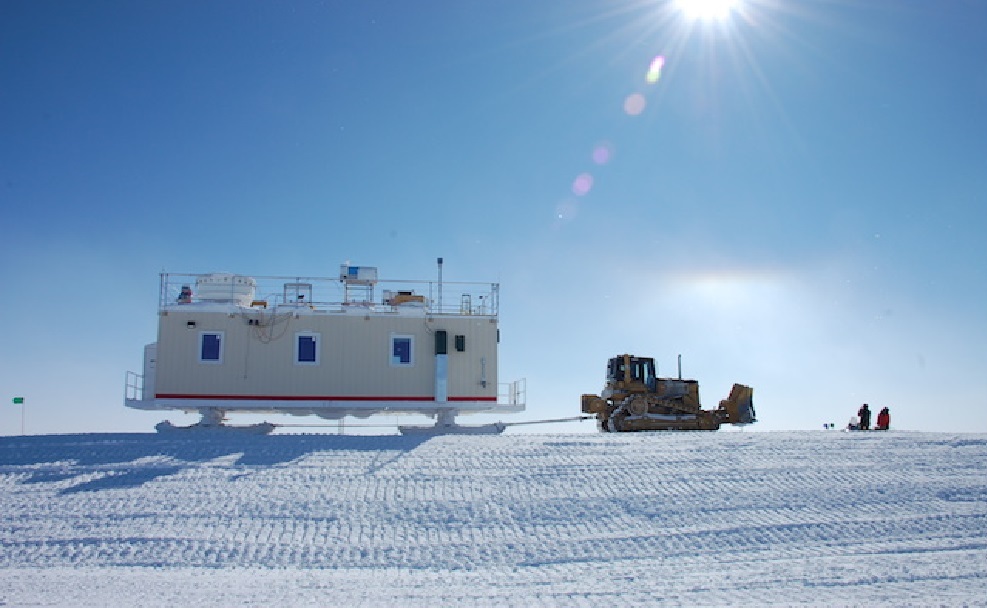 Greenland creates some unique challenges, like annually having to remove your research facility from under nearly 10 feet of snow.

“The building is on skis, and every year we move it, check the equipment, and head back home,” says Professor Von P. Walden.

Walden joined WSU’s Department of Civil and Environmental Engineering in July 2013, and with him brings more than 20 years of research characterizing polar atmospheres and clouds.

“We are setting up a baseline of measurements on how, when, where, and why clouds form.” Walden said. “There are not a lot of data from polar regions, partially because of the difficult nature of the fieldwork.”

Disregarding the below-freezing temperatures, Walden and his team are set up in one of the best sites in the world for characterizing atmosphere and clouds. With collaboration from several institutions, the researchers are using high quality instruments to develop a comprehensive dataset that can be used to improve understanding of the role of clouds on the climate.

Greenland is also one of the focal points of the climate change conversation. Rising ocean levels are one of the biggest issues of climate change, and the accelerated melting of the Greenland ice sheet, which is the second largest ice sheet in the world, is a significant contributor to those sea level changes.

Cloud cover can influence melting in complex ways—either by trapping heat and warming the surface of the earth or by creating cooling shade. Better understanding of how clouds form can improve the accuracy of weather forecasting and climate modeling, Walden said, but data collection is complicated.

“You look at a cloud and see a large expanse of condensation that may seem easy to analyze,” Walden said, “but they are made up of billions of tiny water and ice particles that are difficult to model.”

Walden and his team are four years into their data collection and have made some interesting observations. In 2012, the Greenland ice sheet melted more extensively than it had in about 125 years. Walden and his team published an article in the journal Nature that showed that low-level clouds comprised of liquid droplets had contributed to that extensive melting.

According to the article, most current modeling systems underpredict the formation of those low-level clouds, which could potentially lead to inaccurate results.

As they continue collecting data, Walden hopes to build a solid baseline of data that can help more accurately track climate change over time. His research is funded by the National Science Foundation.