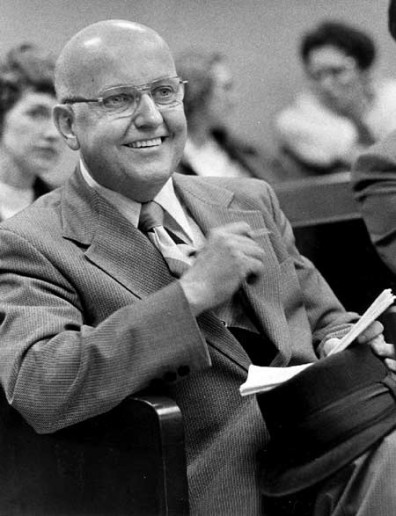 As a teenager in the Great Depression, Bob Stewart made his way from Minnesota to the Bremerton area, where he worked his way up from shipyard apprentice to U.S. Navy and Boeing employee, investor, founder of Olympic Savings and Loan and Bremerton finance commissioner.

He passed away in 2011 but his legacy in the area continues with a $3 million donation establishing the Robert Stewart Memorial Scholarship Fund. It will support Washington State University students from Bremerton and surrounding counties who are pursuing degrees in engineering, math, and physical sciences through a WSU program in the region.

“A scholarship can make the difference in reaching graduation and improving employment prospects, especially for placebound students who are often nontraditional students,” said Candis Claiborn, dean of the Voiland College of Engineering and Architecture.

“As these students go on to fill important engineering jobs in regional industries, this long-lasting gift promises to provide a boost to the regional economy,” she said. “We greatly appreciate the generosity that Bob Stewart provided.”

Shortly after his father died in the early 1940s, Stewart moved to the Seattle area, worked as an apprentice at Puget Sound Naval Shipyard, joined the Air Force cadet program, and worked at Boeing, the shipyard, and Keyport Naval Torpedo Station. He became involved in finance in the 1950s and founded Olympic Savings and Loan in 1964.

He was elected finance commissioner for the City of Bremerton, where he served two terms (1973–81). He became a well-known philanthropist in Kitsap County, providing support for scholarships at Olympic College and for Bremerton Community Theater.

The growing WSU mechanical engineering program at Olympic College in Bremerton started in fall 2010 to help place-bound students pursue degrees. The state legislature provided support, citing the need for engineers in the region. Puget Sound Naval Shipyard is a major employer in the area.