Washington State University is full of new and returning students whose schedules are filled with classes, homework, projects, and studying.

With so much to do, how do we make sure it all gets done on time?

Danielson, from St. Cloud, Minnesota, came to WSU without the intention of rowing, but her plans quickly changed.

“I was here for Alive Orientation and there was an activity fair, she said. “The rowing team had a table there and when I walked by it, one of the coaches just said, ‘Do you want to join? Come to our meeting.’ So I did – and it stuck.”

“There was a three-week tryout course for the team. I was getting credit for the class but at the same time I was trying out for the squad. We learned the basics of rowing and the workouts for it. It was overwhelming at first. They were simple motions, but there was a lot going on at the same time.”

Danielson progressed, and by the end of last year, the walk-on student-athlete held the bow seat position in the Varsity IV boat. The bow seat is the boat’s stability point, and often held by a very proficient rower. 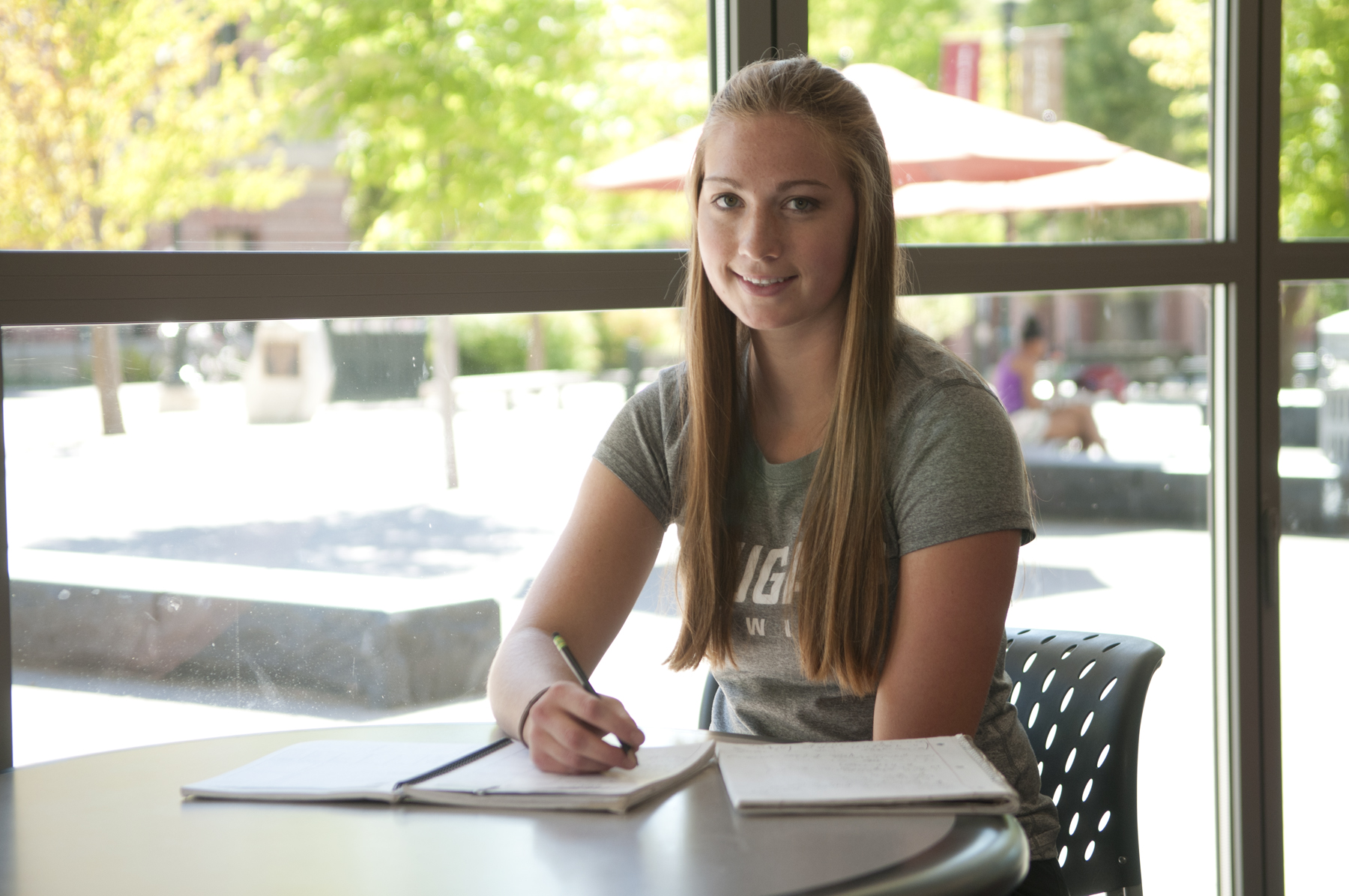 On an average day, Danielson is in the gym training by 6 a.m. She then goes to classes from 8 a.m. until 3 p.m. in the afternoon. After a quick break, she heads out with the team to Snake River for a three-hour practice. Finally, after training, classes, and practice, Danielson uses the rest of her day to do homework and take some time for herself.

“With a busy schedule there’s not much room to slack off but it happens,” said Danielson, who this year is also an Honors College Mentor. “I’ve had assignments that I didn’t want to do. [As a solution] I would move onto a different assignment, but if that didn’t work, I would go work out. It’s something that I like to do and it’s productive.”

Keep Calm and Carry On

Despite all the planning and scheduling, Danielson says she can’t completely avoid procrastinating.

“There was a time when I had due dates for papers and projects coming up and I was traveling for competition. It was easy to feel overwhelmed and do nothing,” she said. “Other times I had goals to get an assignment done by a certain time, but when it came to it, I had to change my plans.”

Even when things seem overwhelming she knows she has to keep calm.

This is something she carries over to rowing.

“There have been moments in classes where I felt lost and confused. But over time I learned to stay calm and find ways to understand. These skills have helped me in rowing. Before a race, if the nerves kick in, I know how to calm down and get in the right mind set.”

But ultimately, Danielson says, the best way to avoid procrastinating is finding your own way of staying on top of things.

“I like to write my assignments down in a planner but I may not always come back to look at it,” said Danielson. “[But it’s the act of] writing it down that helps me. I hold myself accountable for everything I do. Sometimes I have to force myself to sit down and start doing homework.”

And it’s this same accountability that keeps her working hard during rowing practice.

“When I put time into my classes I see results,” said Paige. “I see myself learning and understanding more; I’m improving. I take the same thing over to rowing. If I push myself, I know I’ll improve.

However, as busy as she may be, Danielson knows when she needs a break.

“You need to know when to give yourself time off,” said Danielson. “I know sometimes I need a 15-minute break to eat and get myself together, and that’s okay. It’s good to step away and not do school stuff for a little bit.”

Even outside of school Danielson stays busy. In May, Danielson participated in the 2017 NCAA Rowing Championships at Mercer Lake, Oregon. The WSU teams finished 14th overall, but Danielson left with an individual award. With a 4.0 cumulative GPA, Danielson was awarded the NCAA Elite 90 award, which is presented to the student-athlete with the highest cumulative grade-point average participating at the finals site for each of the NCAA’s 90 championships.

“I heard about the award the last time I was at nationals, but I never looked into it,” said Danielson. “When they announced the winner was an electrical engineering major, my first thought was ‘Oh cool, there’s another EE major here,’ but then I found out it was me! Winning the award was a great surprise.”

After nationals, Danielson interned for the Army Corps of Engineers’ hydropower program, where she learned how to be a maintenance engineer at a hydropower facility.

“I first heard about the program during the IEEE Career Fair,” said Danielson. “I spoke with the Army Corps of Engineers and I spoke with them again at WSU’s Career Expo.”

Danielson went through a variety of training with both safety and how hydropower works and toured different dams in the Pacific Northwest.

“We went out as far east to Libby, Montana and as far south as Bonneville, Oregon,” said Danielson.

“Being at a dam, and actually learning how everything works made me appreciate the power of water even more,” said Danielson.

Danielson plans to continue to work in the Army Corps of Engineers’ hydropower program this summer.