Congratulations to our student club competition participants for their hard work and success during 2013!

Your support is making a difference and giving students valuable hands-on experiences that will benefit them in the workplace. Make a gift!

RoboSub Club of the Palouse travels to San Diego

Students from Washington State University and University of Idaho built an unmanned submarine that competed in the International RoboSub Competition with 30 other national and international teams in San Diego in July. [more] 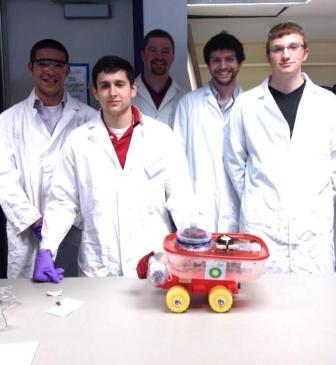 WSU chemical engineering students won first place at the regional ChemE Car competition in Bozeman, Montana, and competed at nationals in San Francisco in November. WSU’s car runs on a hydrogen fuel cell and is constructed with pre-made parts that make it light. [more]

Washington State University construction management students won first place in the 2013 Associated Schools of Construction regional competition in Sparks, Nevada. According to the judges, the commercial team was “absolutely dominant” and the “stand-out winner by a wide margin,” said Jason Peschel, faculty team adviser and assistant professor in WSU’s School of Design and Construction. [more] 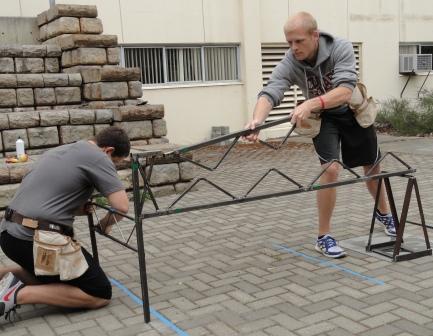 WSU’s Steel Bridge team placed second at the regional competition in mid-May, earning them a place at nationals amongst 48 other teams from around the country and Canada. “For us building the bridge kind of became a hobby, or an obsession. We would think and talk about it even outside of group meetings and class,” said Kevin Chang, team captain. [more]